About Us
Home » Kitchen

Should You Put Orange Peels Down Your Garbage Disposal?

Here, we answer this very question and explain why it can be not safe for your garbage disposal to put down orange peels.
By
Charles Brown

Should you put orange peels in your garbage disposal?

A lot of people and plumbers prohibit users from sending orange peels to the garbage disposal. We understand why this advice is often dished out. However, citrus peels, in general, can be disposed of in the garbage disposal or used to clean or freshen it. This is according to InSinkErator, an American company owned by Emerson Electric, specializing in the production of food garbage disposal systems and hot water dispensers.

Just ensure the faucet is on while disposing of them so that the acid in the peels will reduce, thereby, having no destructive effect on the kitchen pipes. Also, ensure the peels are small enough so as not to clog the system. 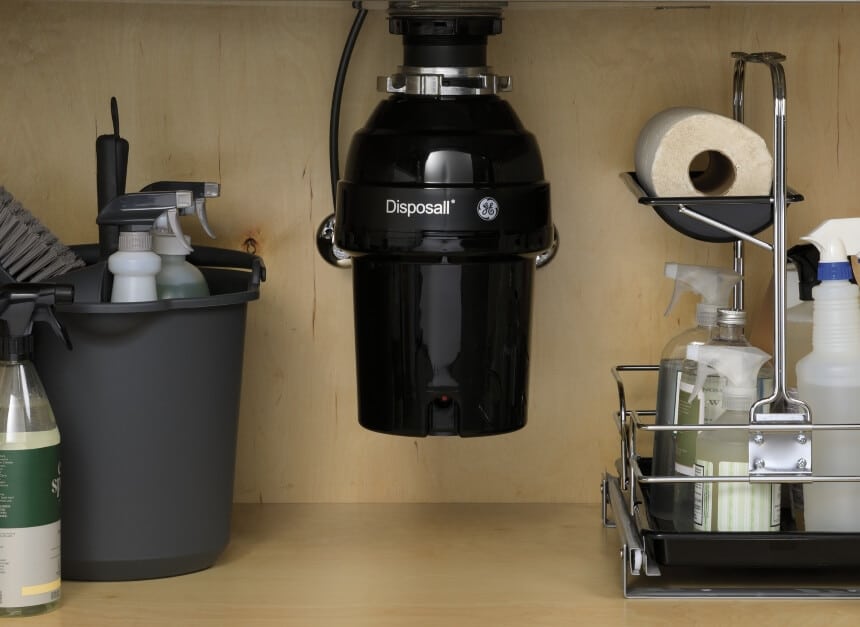 When not properly disposed of, orange peels can be a disaster when stuffed down the sinkhole into the garbage disposal. Orange, like all citrus fruits, is acidic. And when they are put in the waste disposal, especially when there is juice in them, they can cause the damaging of the pipes. This is why plumbers often discourage homeowners from adding citrus fruits and their peels to the list of items they dispose of in the waste unit.

Also, orange peels can easily get stuck in the garbage disposal when there is not enough water. After all, virtually all garbage disposals are designed to be easy to clean. According to most reviews, the 1/3 HP Continuous Feed Garbage Disposal, designed by InSinkErator, the reference brand and one of the pioneers in the industry, is by far one of the easiest to clean and time-proven ones. It’s faster to set up, easy to clean, and smarter during use.

Yes, citrus fruits such as orange, lemon, tangerine are really effective natural methods of cleaning a garbage disposal. When orange or lemon is added with small blocks of ice, the cleaning process will be even more effective.

The sweet smell of citric fruits can also help get rid of odor from the disposal, acting like a freshener. For this reason, most of the commercial cleaning products for garbage disposals are based on citrus fruits such as lemon and orange. Glisten remains the most popular name in the industry. Their DP06N-PB Garbage Disposer is one of the best cleaning products for garbage disposals. It is a foaming cleanser with a typical lemon scent that brings a fragrance to the internal parts of the unit.

To prevent the orange peels from forming a clog in your garbage disposal, ensure you cut orange peels are in smaller pieces.

Also, while disposing of the citrus fruit peels, make sure the faucet is on and a stream of water can accompany the peels down the garbage disposal. First, this will ensure the acidity of the orange will not be strong enough to damage plumbing materials. Also, this will ensure that the orange peels are not clogged up, but properly ground into a yogurt-like substance.

Always make use of cold water rather than hot water while flushing garbage down.

Orange peels can be sent down the sink into the waste disposal, provided certain steps are taken. Ensure you cut the orange into several wedges or ensure the peels are not too large so as not to end up clogging the system. Then put them in the disposal one by one. Also, to avoid kitchen pipe damages, wash down the orange peels with enough water.

As you can see, putting orange peels in garbage disposal can help keep the smell out and also sanitize the kitchen space. However, make sure you know which foods is safe to put down your garbage disposal before cleaning up after your next meal.

pinterest
Related Articles
Should You Put Banana Peels in a Garbage Disposal?
Can you Put Coffee Grounds Down Your Garbage Disposal?
6 Sharpest Sushi and Sashimi Knives for Chefs and Sushi Enthusiasts
How Does an Ice Maker Work? Put Simply
5 Greatest Electric Pasta Makers That Will Bring Italy to Your Home – Reviews and Buying Guide
Should You Put Egg Shells in Garbage Diposal?
Leave a Reply Cancel reply
Experts Advise
1
how do i reset my ice maker
2
how does an ice maker work
3
how to clean scotsman ice machine
4
coffee grounds garbage disposal
5
potato peels in garbage disposal
More Research on Kitchen
tea kettles
Most popular
2
wall oven
3
ice maker
4
crepe pan
5
meal prep bag
Navigation